The Friends of the Stamford Hospitals was established following a public meeting in the Town Hall of Stamford on October 11th, 1962. It was not though till December 1963 that it was registered as a charity and started to undertake its main task of providing amenities and comforts for the patients and staff of the Hospital. At this time the NHS was only 15 years old, and there were still many gaps in what was available to make the Hospital more comfortable for patients.

The objects of the Friends are listed in the Constitution and remain as relevant today as they did in 1963. Particularly the Friends work hard to foster and reflect the support of local people in the work of the Hospital, for example by encouraging membership, providing regular information and holding meetings. They are also active in raising funds, which have been used for a wide variety of purposes, and increasingly to fund extra pieces of equipment to help develop further the services offered at the Hospital.

The patrons of the Friends in 1963 were the Marquess of Exeter and the Earl of Ancaster, and their successors have kindly agreed to continue this role, the patrons today being Miranda Rock and Lady Jane Willoughby.

You may see our Constitution by using the link below.

The trustees of the Friends meets four times a year to discuss fund raising, to receive requests for funding and discuss any other issues affecting the Hospital. The current Matron, Caroline Wood, attends these meetings and gives invaluable advice about services that deserve support, and often other members of staff attend to make their case. 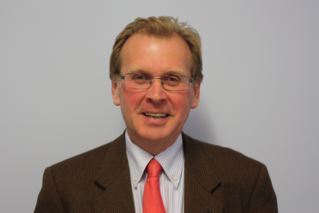 I have lived in Stamford since I was appointed Consultant Physician to Peterborough and Stamford Hospitals in 1980, and I retired from clinical work in 2008. Like many of my colleagues I greatly valued the time I spent at Stamford Hospital and particularly the high quality of staff and friendly environment.

I have been Chairman of the Friends since 1994 and firmly believe that the Hospital still has a very important role and deserves the strong local support it enjoys. 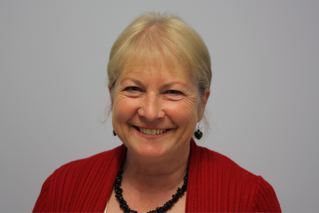 I moved to Stamford with my family in 1966 and now feel qualified to be a “local”. I started working at Stamford Hospital in 1974 and stayed until 2000 when I moved to Peterborough Hospitals Trust working in their Service Improvement Team. After four years I moved on to Peterborough PCT and then to Peterborough Community Services as lead for strategic development in Long Term Conditions.

The draw to move back to Stamford became overwhelming and I became a practice manager at a surgery in Stamford. I retired after working for the Health Service for 42 years. My working life has been dedicated to the NHS and I am passionate about helping to make it work. I have a very keen interest in golf, being a member and past ladies captain at Burghley Park. 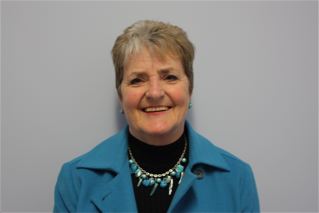 As a former nurse I have worked at various hospitals in the U.K. including Stamford.  I held the post of President of the British Ladies’ Association in Madrid, an organised body of some 200 ladies who raised money for Spanish Charities, amongst them a Leper Colony in Valencia. Returning from Madrid to West Sussex I then became the Regional Manager of the British Red Cross in West Sussex primarily concerned with the distribution of medical aid equipment but also  involved with the West Sussex Council run of the ‘Books for the Housebound’.  I was a Public Governor for the North West Anglia Foundation Trust for seven years and a Stamford Hospital Volunteer for fourteen years.  I am an active member of the Friends’ of Stamford Hospital and oversee the donated book sales at the Hospital raising some £3000 per year (6000 Books) for the Friends. 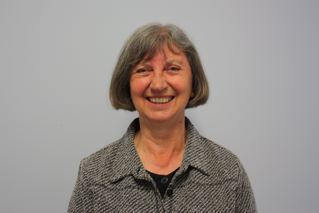 I came to live in Stamford in 1979 when my husband was appointed as a GP principal in the Sheepmarket Surgery. Only a few weeks after arriving I was asked to work in Stamford hospital as a Clinical Assistant in both the Emergency Department and the Anaesthetics Department often taking my baby to work with me! I then became a part time Associate Specialist in Anaesthetics for Peterborough and Stamford Hospitals and as part of that job I worked one day each week in Stamford Hospital operating theatre. 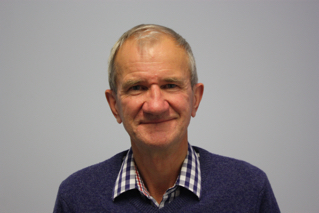 I am a Chartered Accountant and moved to Stamford in 1982 taking up the post of Chief Accountant and Company Secretary at Mirrlees Blackstone (Stamford) Ltd, Stamford’s largest employer at that time. Immediately prior to retiring at the end of 2014 I had worked with a large national educational charity for over 20 years and I am currently a member of the Lincolnshire Police independent audit committee. My three children were all brought up in Stamford, the second of whom was born in Stamford Hospital, and my wife works for an almshouse charity in Oakham. My leisure activities include golfing and cycling.

Stamford hospital is a great facility within the town and I wish to play even a small part in maintaining and, if possible, strengthening its vital role for the local community. 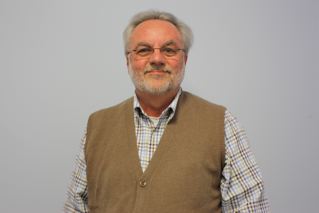 I was the first member of my family for three generations not to join the Health Service. I went into advertising as an art director at international advertising agency, BBDO, the day man landed on the moon. Over a 30 year career I became Head of Art, Group Head, Deputy Creative Director, Creative Director and European Creative Director, all in the right order, all at different agencies; Kirkwood’s, Wasey’s, The Creative Business, FCB and Lowe Worldwide. Along the way I was responsible for major brands like General Motors, Zanussi, LWT, C&A, KP, and Lever.

Retired to Stamford, an area with strong family connections, I now enjoy using my skills to help the community that has made me so welcome. 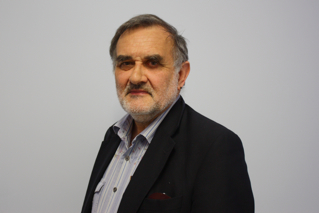 I joined the staff at Stamford Hospital in 1969 and had 30 years in technical charge of the Pathology Laboratory before secondment to the Education Department at the East Anglian Region for the last 5 years of my NHS career. While working at Stamford I became interested in the hospital’s historic archives and used many in hospital displays. I am a member of the Hospital Heritage Committee which, with the support of the Friends and the Trust, has been able to open a Hospital Museum. I also help with the changing displays in the Hospital corridors. 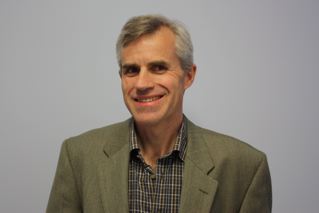 I am a Consultant Orthopaedic & Trauma Surgeon with a subspecialty interest in Hand surgery & Reconstruction and live local to Stamford. I was appointed to Peterborough & Stamford Hospitals Trust in 2003 and set up the Combined Hand Clinic at Stamford Hospital in 2005. I have strong links with the staff and do a weekly multidisciplinary hand clinic and a regular Local Anaesthetic surgery list in the procedure room.

I am proud to be one of the members of staff at a Hospital which is so popular with patients and which enjoys such a wealth of local support. I still firmly believe the Hospital has a bright future in providing Healthcare to the local community and is still a valuable asset to the Trust. 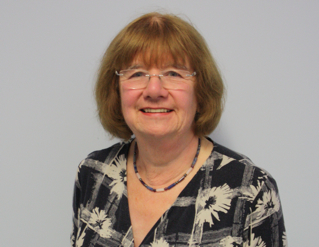 I am a Chartered Accountant and have worked in the profession for over 40 years until I retired in 2006. I was treasurer of Lincolnshire South Federation of Womens’ Institutes for eight years.

I have lived in Greatford since 1992, moving there from Leicestershire on account of my husband’s work.

I was a Public Governor at Peterborough and Stamford NHS Foundation Trust for nine and a half years and have been a volunteer at Stamford Hospital for several years and am committed to ensuring that it continues to give a high standard of care to the community. 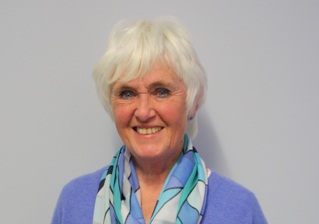 I do not have a background as a medical professional, but have been a recipient of life saving care from the NHS throughout my life, sadly more often than I would have chosen! For much of my adult life I taught English, history and drama. When I left teaching in 1995, I became a recruitment consultant, Careers Development Advisor and subsequently an OFSTED inspector.

I have lived in Stamford since 1977 and have been involved in many local activities – CAB volunteer, Stamford Choral Society, Burghley Park Golf Club committee member for eight years and Ladies Captain in 1994. I was on the committee and eventually Chairman of STADFAS. I was also a Stamford Hospital volunteer for about five years. This gave me an insight into just how much patients appreciate our local hospital. I would like to help keep Stamford Hospital as a thriving, happy and thoroughly professional facility on our doorstep.

I was born at Stamford Hospital and went to school in the town before leaving to study Architecture in Newcastle. I moved back to Stamford in 2010 having worked in the NHS at Kings Lynn, Peterborough, Cambridge and the West Suffolk hospitals as well as advising hospitals further afield on the best way to introduce computer systems in health care.

I want to support Stamford Hospital to make sure we are well placed to offer even more services locally in future and that the hospital site is fully used for local health and social care services. We are also very lucky to have some buildings of great architectural interest on the hospital site.

I moved to the Stamford area in 1996 after my husband retired from the Royal Air force. I am a secondary school teacher by profession, but after working at a local school in the area I was offered a job teaching adult male prisoners – a job I loved and did for 13 years. In preparation for retirement I became the Treasurer on the PPG, a caseworker for SAFFA and a committee member for a Cadets Royal Air Force Squadron in Leicester. I am also a Stamford Town Councillor.

Last year I had a medical condition that has made me cut back and I will be eternally grateful to the NHS for my care. I have an interest in Stamford Hospital as I feel it is an important part of the town – both its history and ongoing service to local people. I continue as a town councillor.

Originally from Hartlepool in County Durham, I have lived in several towns in the North, South and East Midlands. I moved to Stamford in 2000 and know of no other place I would rather live. I believe the provision of local hospital services is to be encouraged and supported as much as possible. An IT professional by trade, I am pleased to offer voluntary support to the Friends by maintaining the web site and offering other assistance as appropriate.